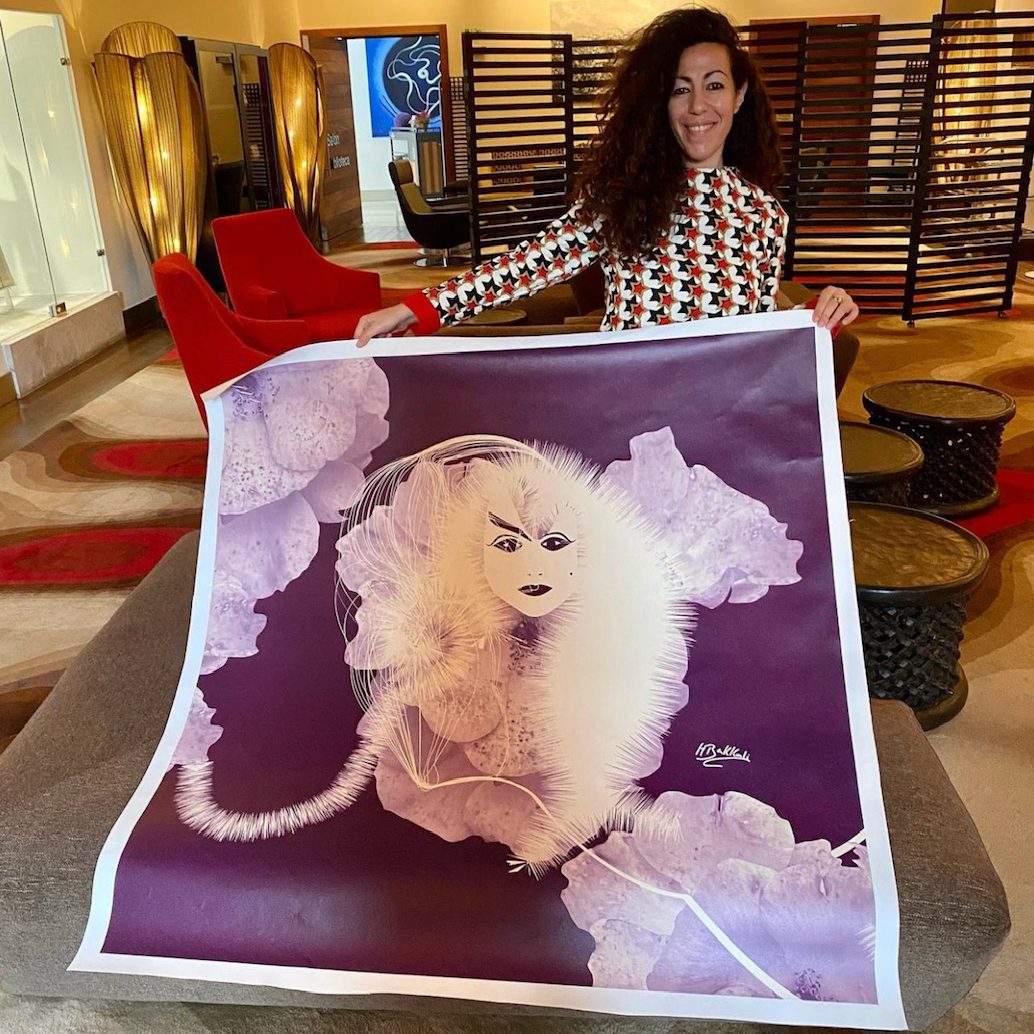 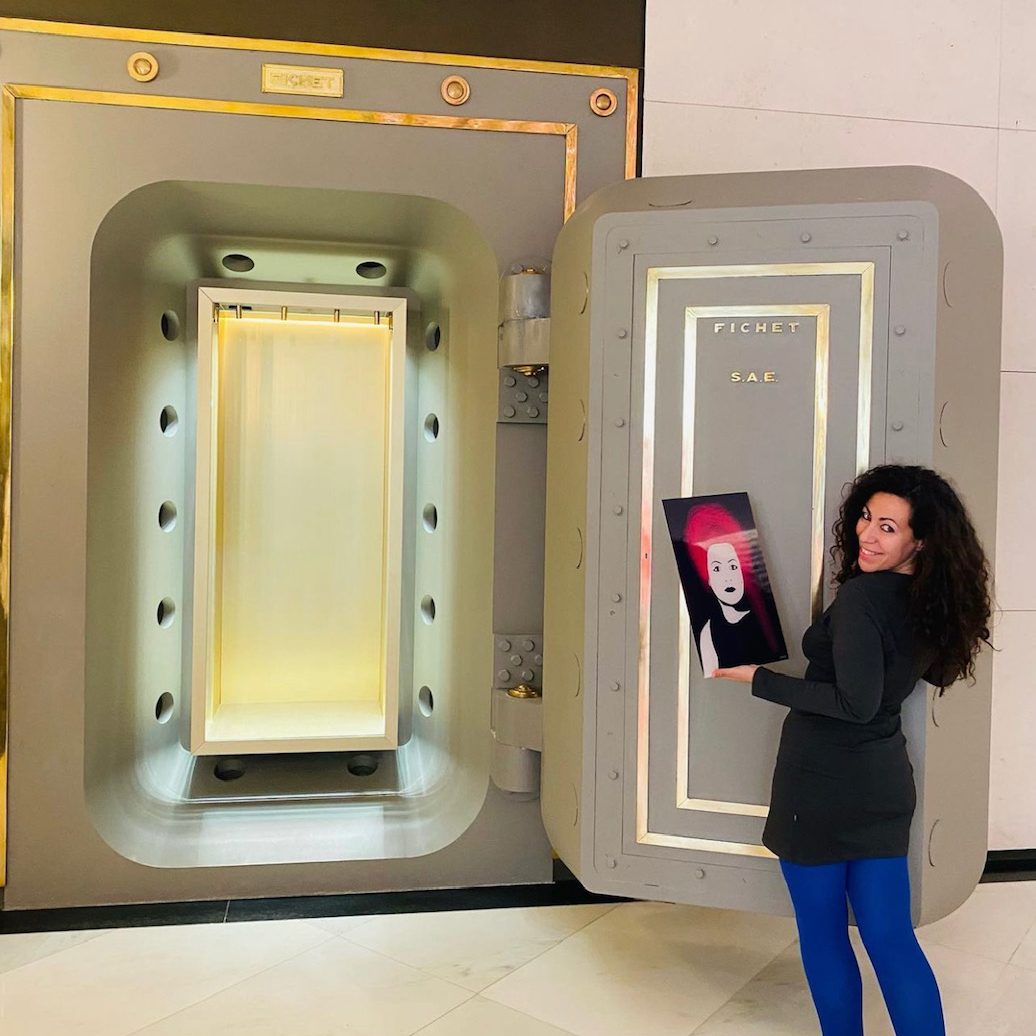 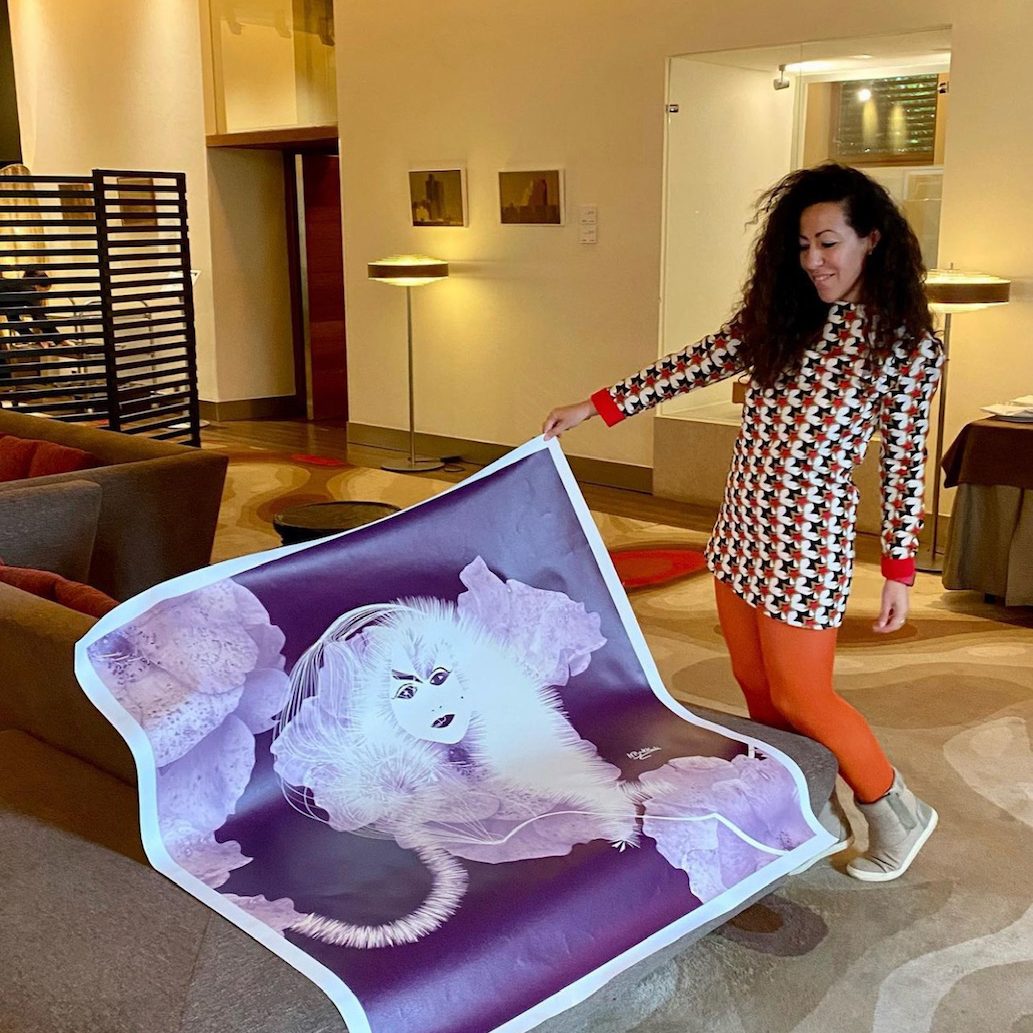 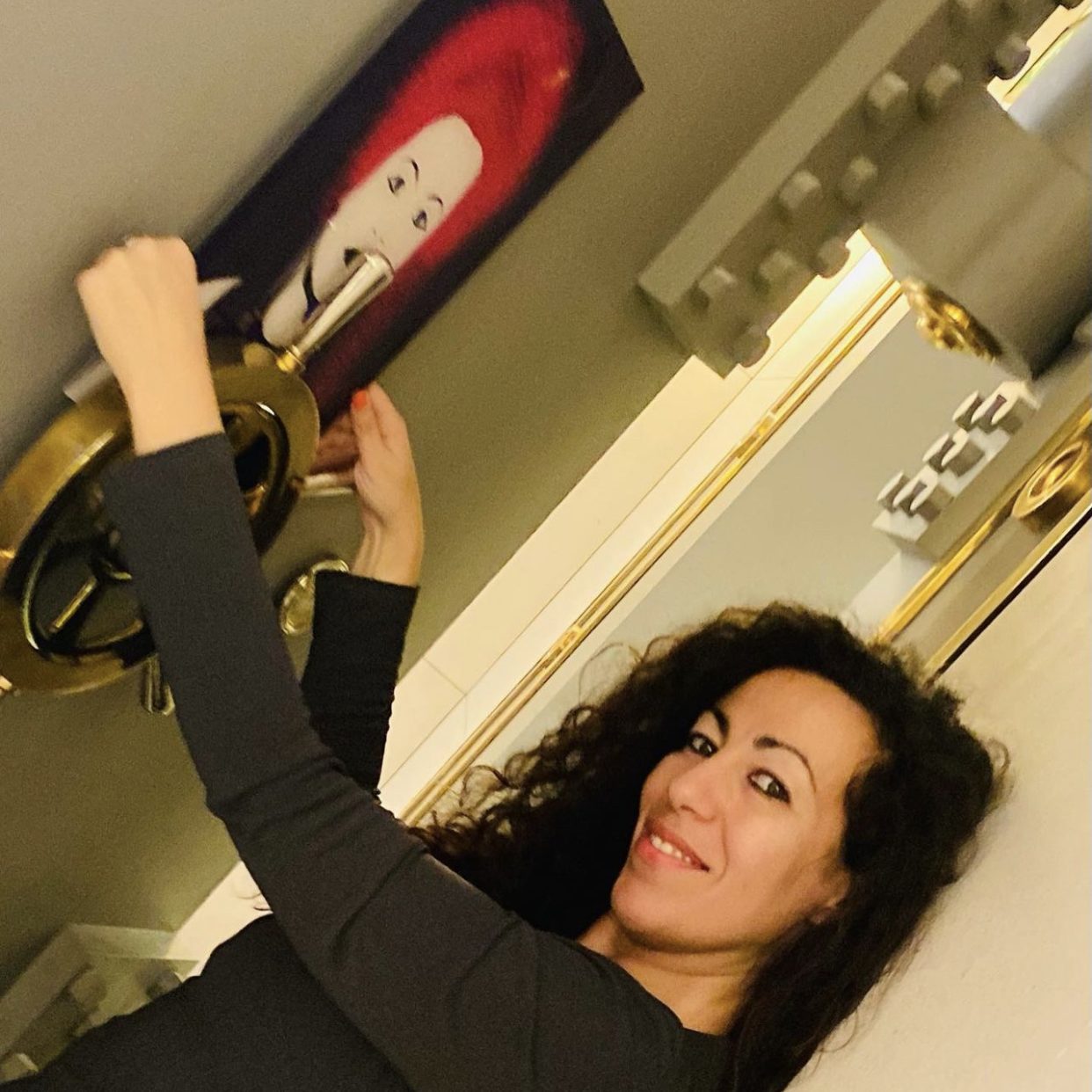 Houda Bakkali is an award-winning visual creative based in Spain. She is expert new technologies applied to art.

With a long career as a digital creative, in 2008 she published her first digital series called “Africa sweet and Pop”. In 2018 the “Beautiful African Woman” projected her onto the international scene, winning prestigious awards such as The New Talent Award at the Festival International Artistes du Monde in Cannes, festival sponsored by the City Hall of Cannes.

Houda has been honored with awards from the American Illustration (New York), International Motion Award (New York), the New Talent Award at the International Festival Artists of the World in Cannes, London International Creative, Paris Design Award, Creative Quarterly (New York), and for four times the Graphis Silver Award (New York), among others distinctions. Likewise, she has been selected by acclaimed TIME magazine for her first web3-NFT initiative. Her colorful works are created by combining digital illustration and mixed technique as well as motion graphics and augmented reality. Her art has been exhibited worldwide and her techniques and creative process have been recognized by different international magazines, institutions and iconic spaces including the Palazzo Bellevue, the Museum of Flowers in Sanremo, the City Council of Sanremo (Italy), the emblematic Casinó di Sanremo (Italy), Spain Culture in New York, The City Council of Madrid, Cultural Centers of the City Council of Barcelona, Paradores Nacionales (Spain), House of Castilla la Mancha in Madrid, Illustrious College of Physicians of Málaga, Airport Adolfo Suárez Madrid-Barajas, etc. Her art has been exhibited at international art fairs as well as private events in Biarritz, Paris, Geneva, New York, Monaco, Barcelona, Madrid, etc. From her studio La Bonita Digital, she works for different companies and institutions, managing different projects, both communications & marketing, as well as multimedia & interactive projects, edTech, digitalization, workshops on new technologies applied to art, and other areas, such as NFT, Web3, Augmented Reality, Artificial Intelligence, metaverse, etc.…, She has collaborated with the Ibero-American Organization for Science, Education and Culture (OEI), developing a project about health, communication and design which was recognized with the WIS certificate. 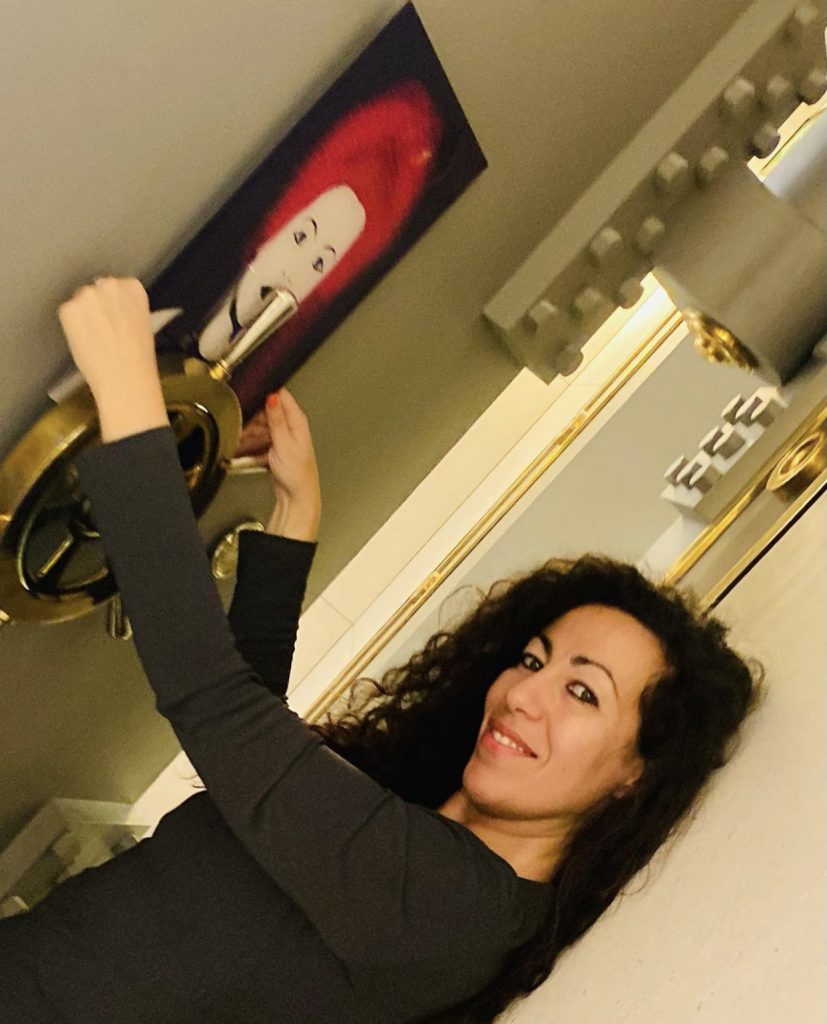 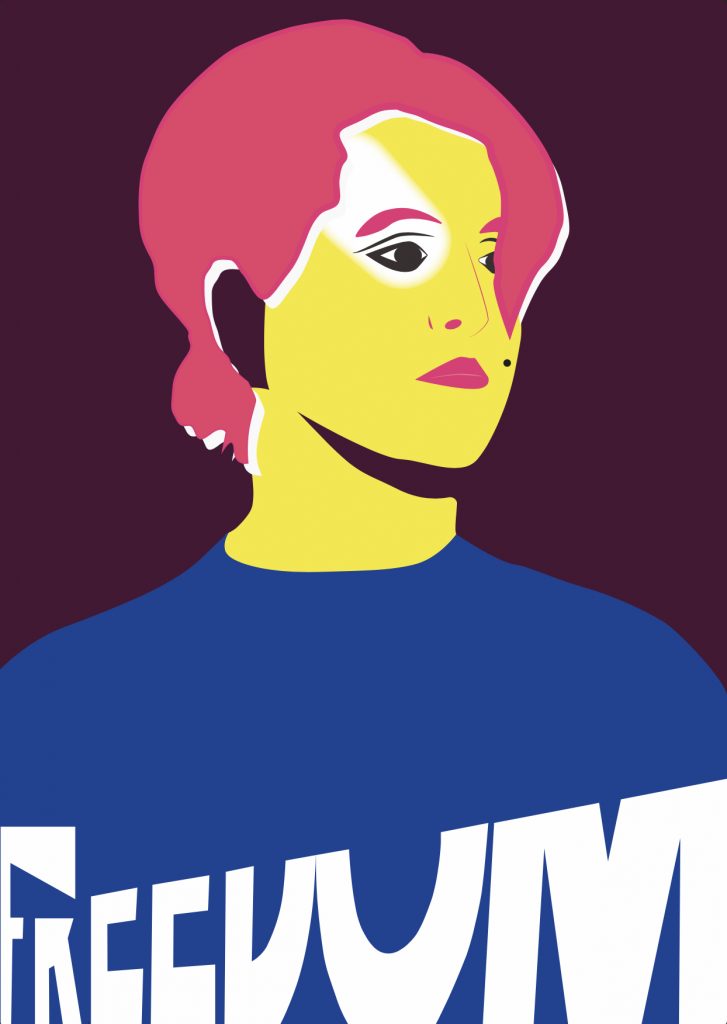 The style of Houda Bakkali is unmistakable and derives from a sophisticated and often ironic mimesis of the popular contents of the urban environment, reworked through a lively chromatic pop range and an elegant and essential design. The artist seems to consider the urban scene as a festive visual spectacle in which the images imply a multiplicity of messages, of logical, emotional and symbolic meanings: metropolitan details coming from different cultures flow into her works, unexpectedly merging into a new balance without generating conflicts. If the 60s Pop Art turned its investigation to the complex and multiform panorama of the great western metropolises with the intent to carry out an irreverent reconnaissance of mass culture, Houda Bakkali widens the field of investigation to a sort of extended macro continent that reflects in a more updated way the new integrated topography of the world, increasingly founded on inevitable mutual implications.

Her language shares with the “historical” Pop Art the intent to arouse in the viewer an immediate response and the awareness that the multi-faceted cultural horizon in which we find ourselves living is a reality that cannot be evaded or denied, but must be investigated and understood in its formative factors and in the interconnections that animate its dynamics. In recent decades, society has profoundly changed: well-being, which for some time seemed to be within everyone’s reach, has revealed its prevaricating background against the environment and the populations where mass production has been displaced. Values have changed, today increasingly in tension between the two opposite poles of ideology and total dissolution, the vision of the world has changed, which oscillates vertiginously between bewilderment and a childish individualistic narcissism. In such a heterogeneous context it is very easy to lose orientation and not be able to find a coherent and not partial reading key to the world around us.

For this Houda Bakkali chooses to use a non-elitist aesthetic, accessible to all, looking for new lymph in the forms of everyday life and translating them into primary and empathic colors that make her works simple but incisive. Her icons are immediately traceable to the heart of the problem they face and tell about lights and shadows of our age with particular attention to the role of women, an emblem of beauty but also of dignity and strength. In this way the artist uses the visual language typical of the stereotype to overturn its meaning and create powerful characters who propose themselves as positive models of freedom and self-determination, whose mission is to break the stereotypes that would seem to embody at first sight.

Emblematic for this aspect is the Beautiful African Woman series, a tribute to her mother. The series projected the artist onto the international scene, winning prestigious awards (…)The work focuses on a series of portraits showing Houda’s mother in various facets (transgressive, sensual, euphoric, rebellious, serene), all united by a profound respect for herself and a vitalistic aspiration to be involved, to be at game, to be the protagonist of her life without compromises. The Arab and Muslim woman in a historical period in which freedom of thought was not so obvious, fought with determination in anonymity to defend the freedom to choose her future and to take her own decisions independently. Her experience left the artist with the optimism, energy and enthusiasm of seeking and transmitting beauty to react to the imbalances of the world and to look at the future with confidence. 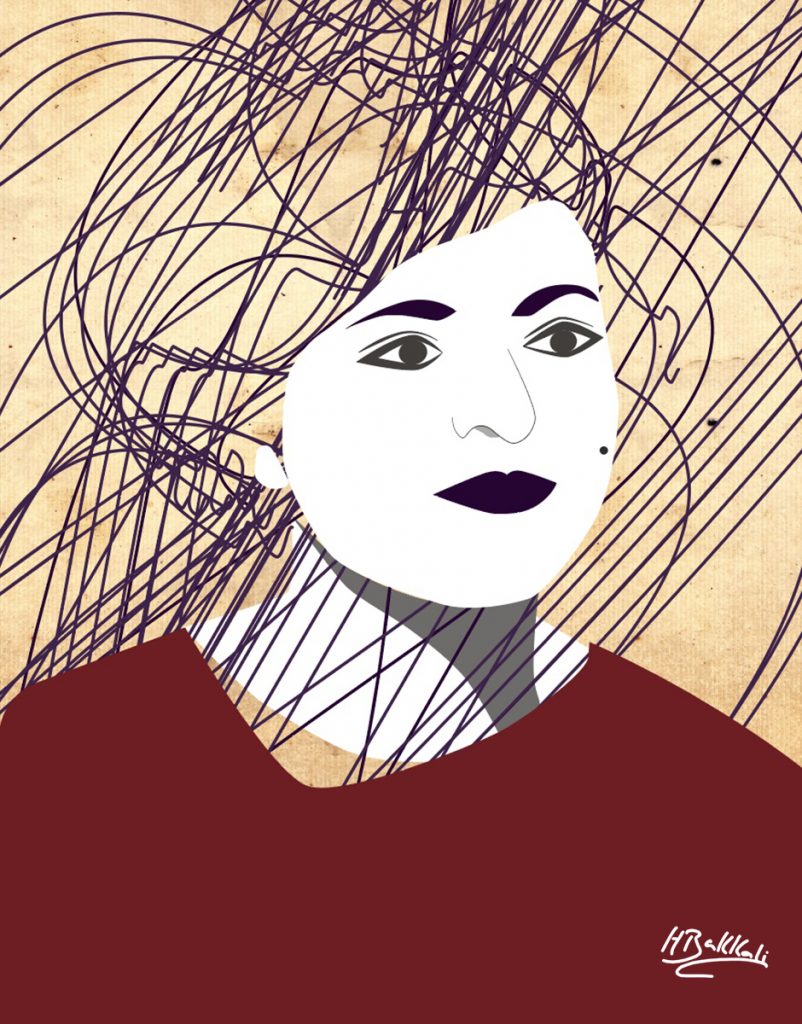 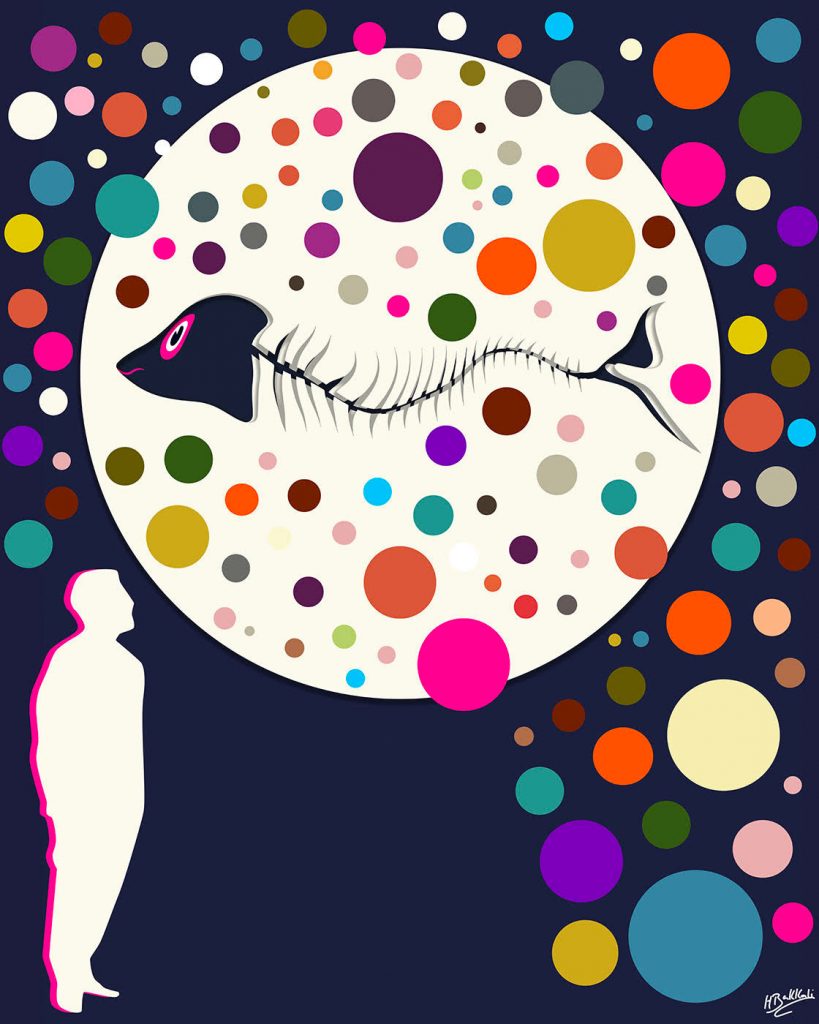 In the digital age, in which the human component appears increasingly powerless in the face of a foreign and impersonal macrosystem, Houda Bakkali uses new artistic techniques as a tool for a peaceful protest, as a means to reinvent the world by claiming the centrality of the human being. In the series Too many fishes, too few loaves for example, we see the outline of a contemporary business man watching with greed a large floating fishbone, surrounded by a fine dust of colored polka dots. This apparently carefree image immediately tells the violent competitiveness of a world that is increasingly impoverished of its resources and the scandalous inequality of a wealth that is the prerogative of the few to the detriment of the majority of the community. But at the same time, the image seems to prefigure the imminent victory of color, a disruptive vital force that will succeed in subverting the status quo in a new harmony. Here the artist’s gift of speaking about the problems of our times with depth and lightness is more evident than ever, proposing positive models of thought and behavior without reducing the explosive reach of her message. The time of fantasy and dreams can be here and now, if we actively engage in a mutual dialogue to reach love and hope this is the message of Don Quixote Time that revisits the visionary character of Miguel de Cervantes, transforming it into a sort of contemporary philosopher who, unlike his seventeenth-century predecessor, will succeed in winning a happy ending through reflection and humor. 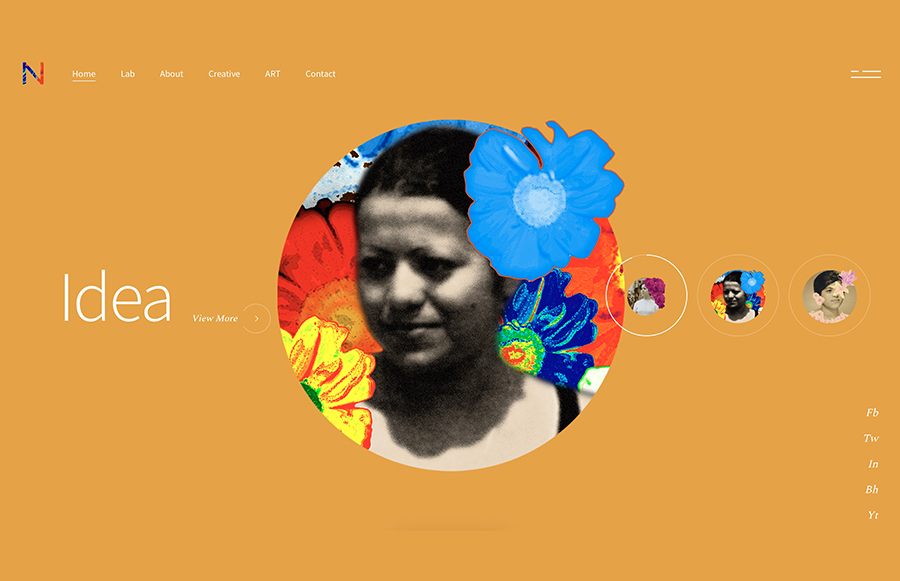 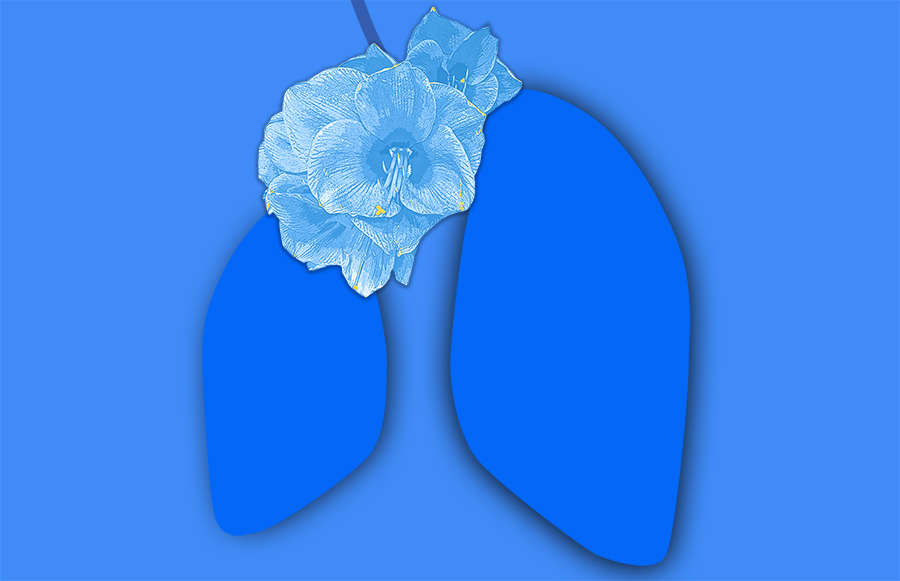 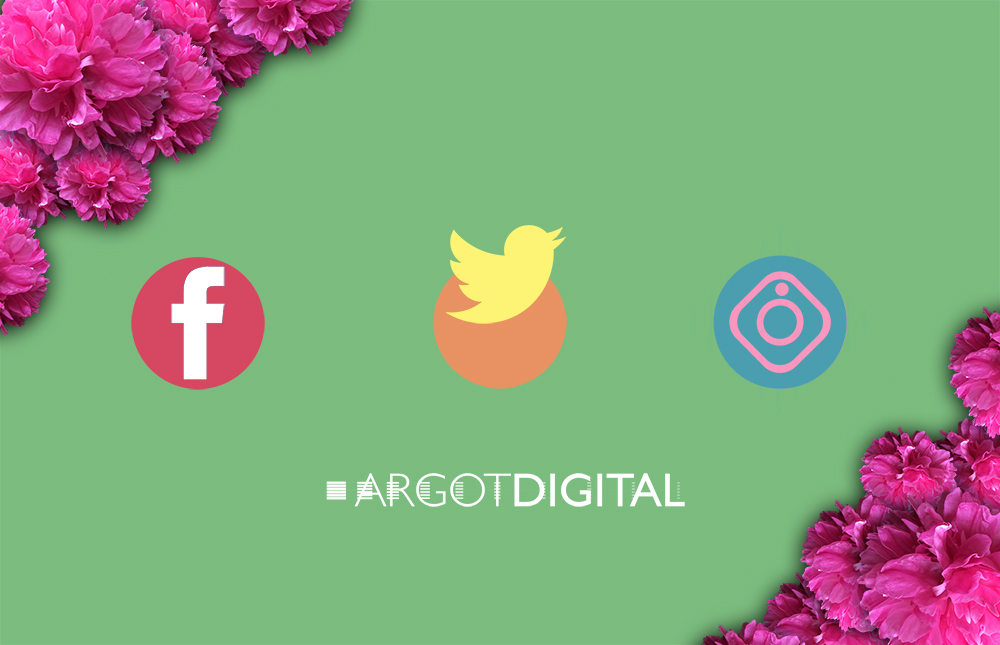 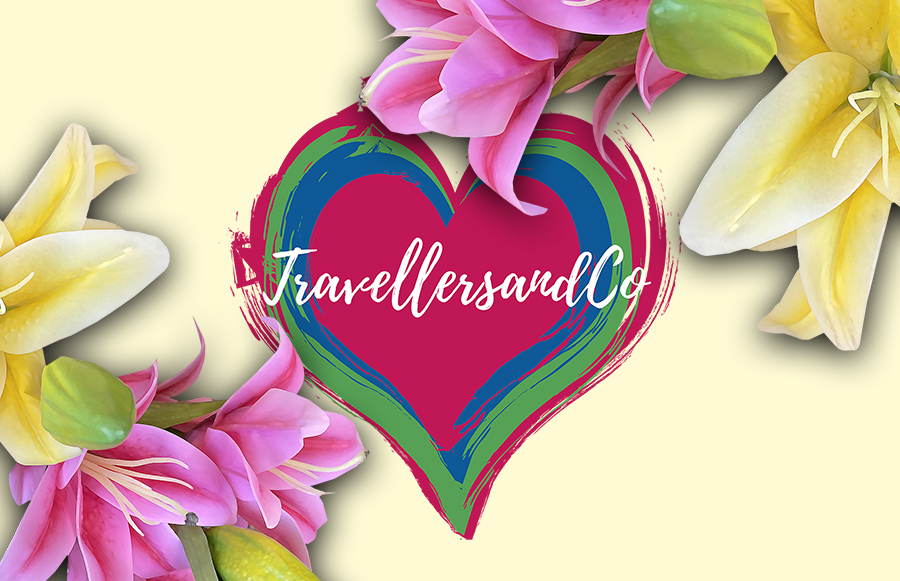 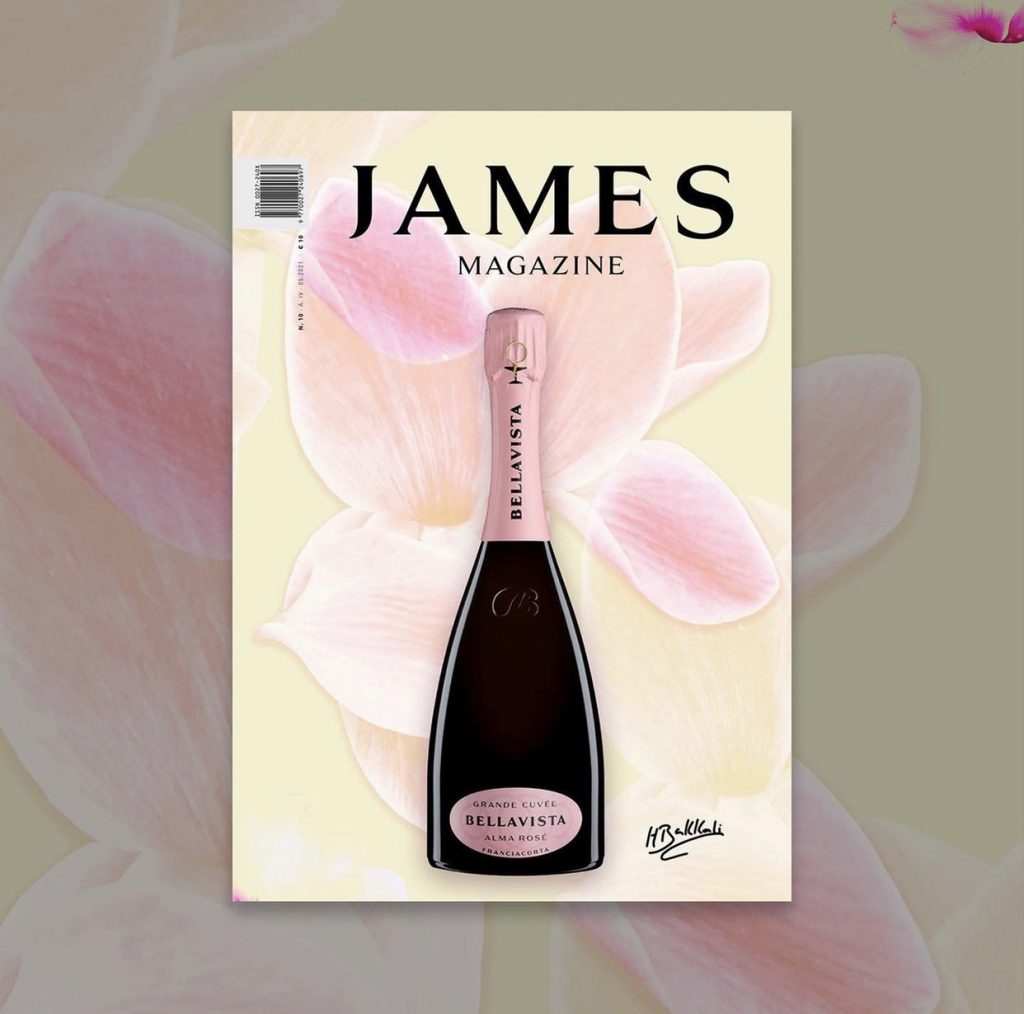 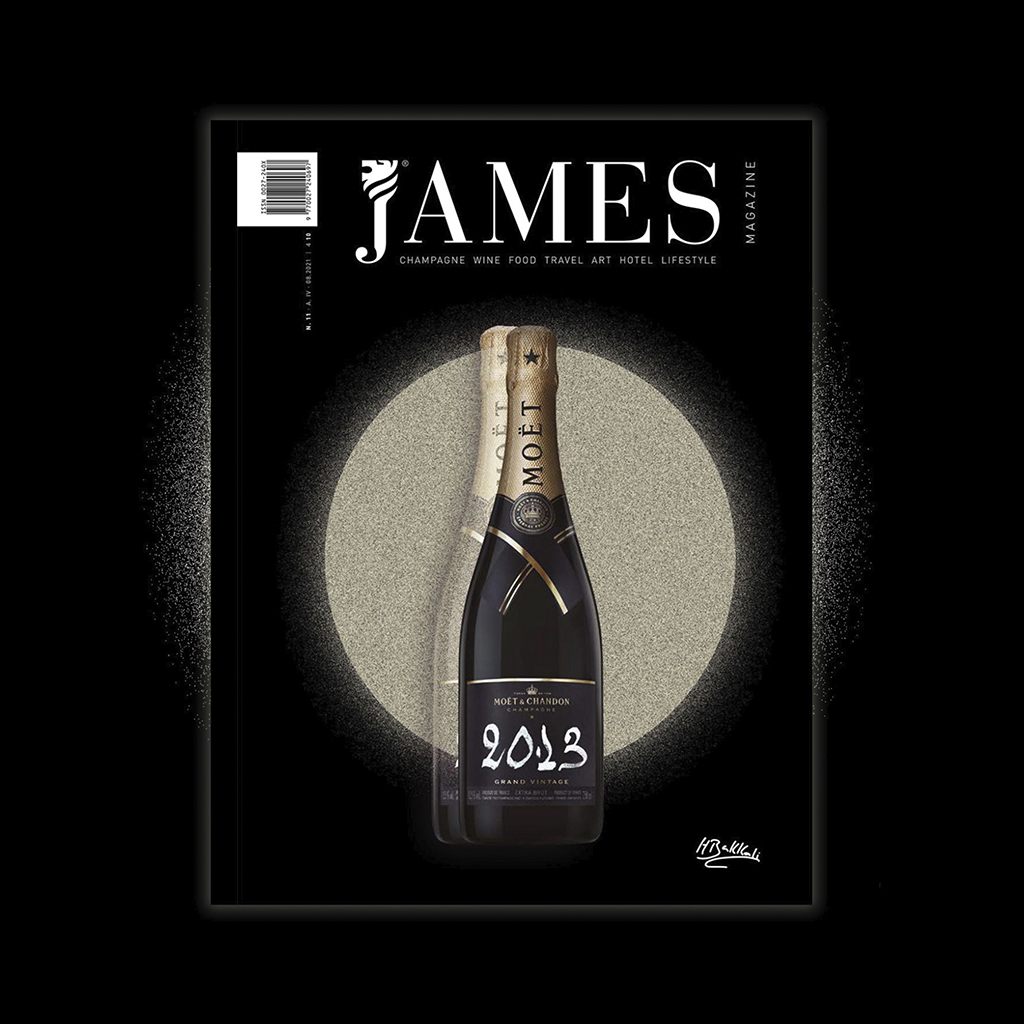 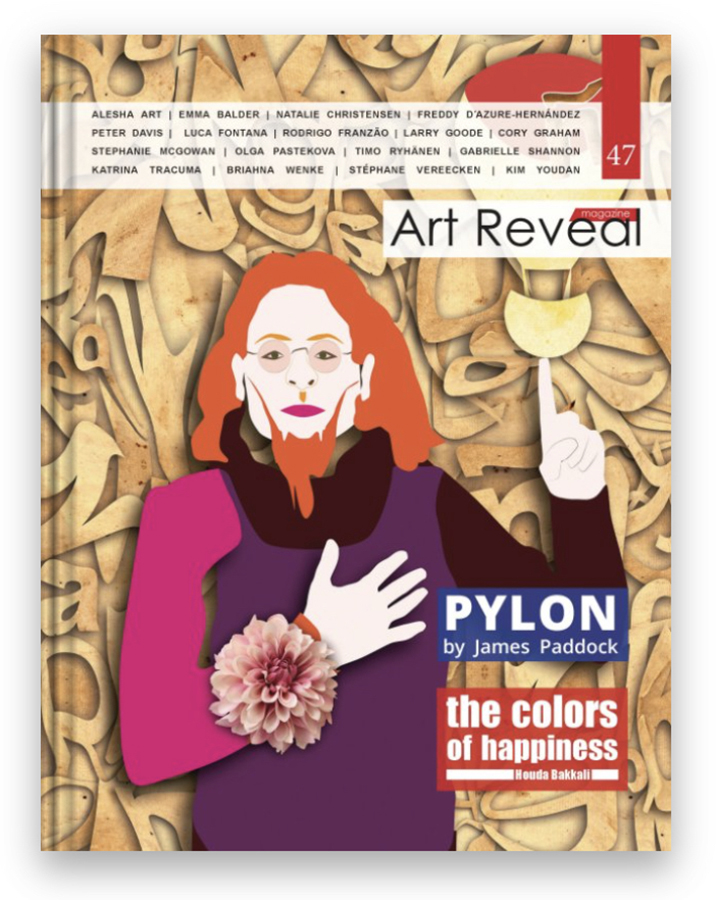 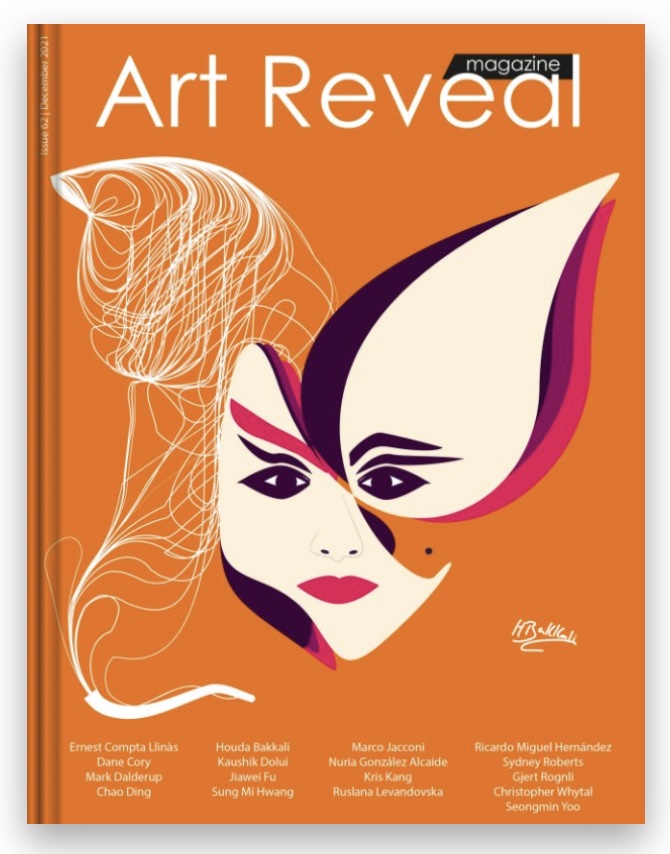 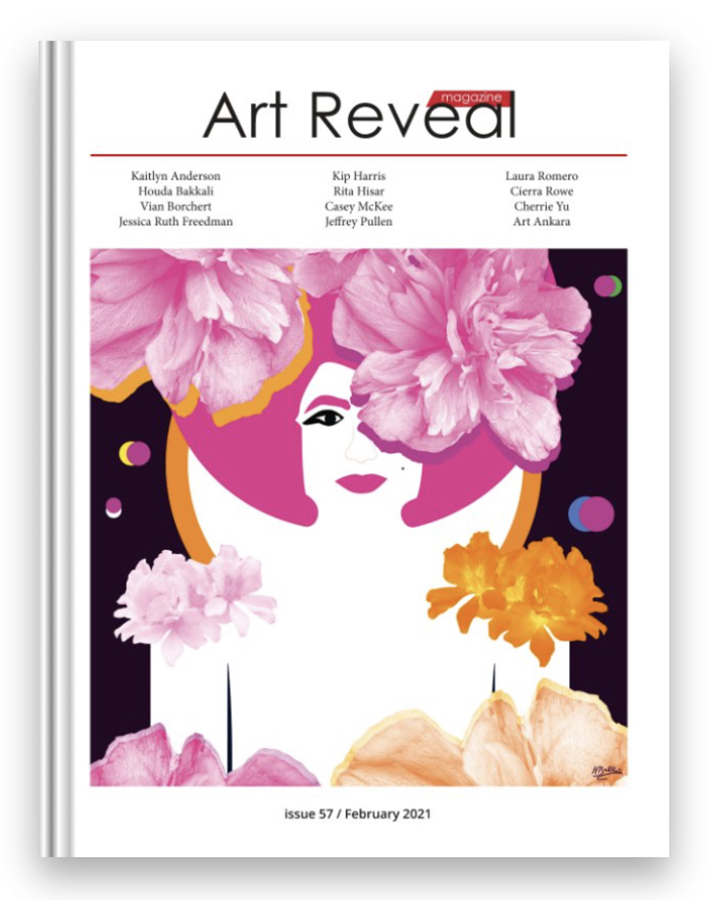 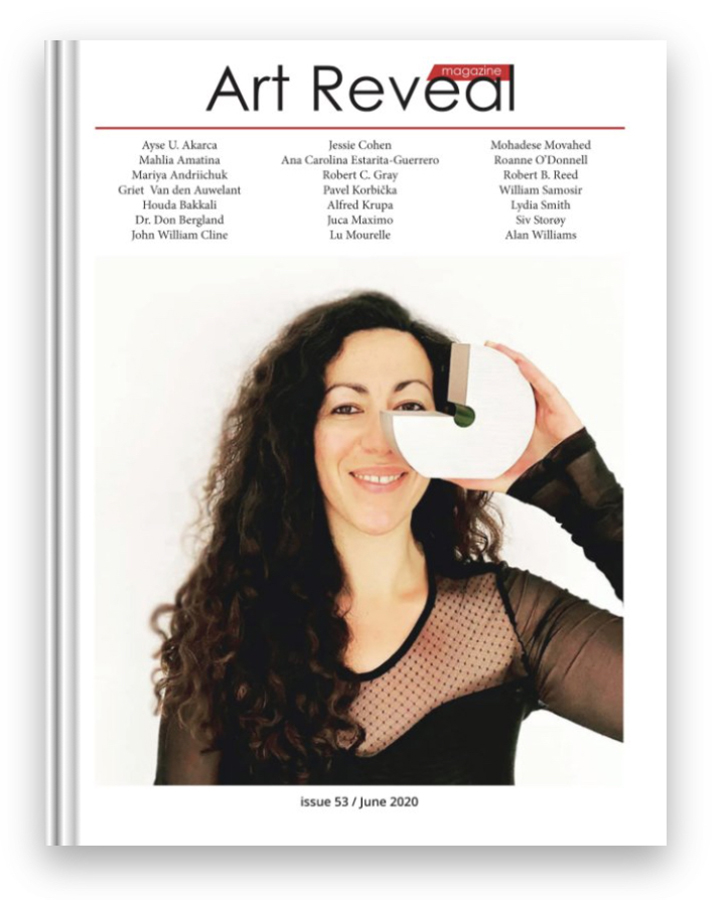